A tale of two Edwards and a recalcitrant muse 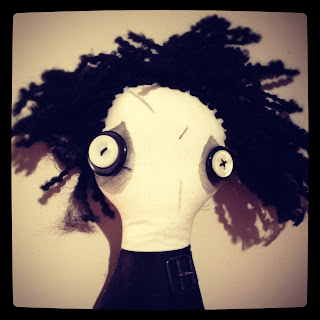 Hi remember me? You may not as it's been over half a year since I have managed to blog, and nearly as long since I properly crafted anything. My muse ran away and hid for a very long time, eons in the life of the Internet. I've still been around, mostly just feeding my instagram habit, and occasionally wandering around Facebook and twitter when not having my nose in a book or reading the kindle app on my phone. 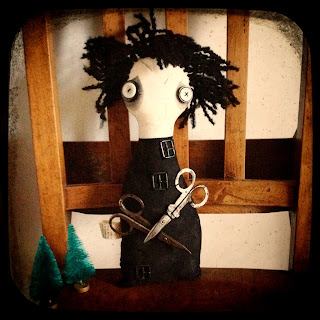 Then a few weeks ago I got the urge to start crafting again and made a few dolls, Lydia the Librarian and Natalia the Maybe Assassin, a random assortment of pin badges to amuse myself and then I started an Edward Scissorhands doll. Now I have had an Edward Scissorhands doll on my list to make for over a year now, I just needed scissors, buckles and the muse to get it done. So earlier this week I scavenged a doll that I wasn't happy with and started making him into the delightfully sad Edward. It took a bit of fiddling about and finding that arms just weren't working for me and then he was done. Before I could list him my friend Flame said she would buy him and then before the day was over another friend lamented that she had missed out on snagging him and so I promised when I found another pair of scissors that I would make her a Scissorhands doll too. 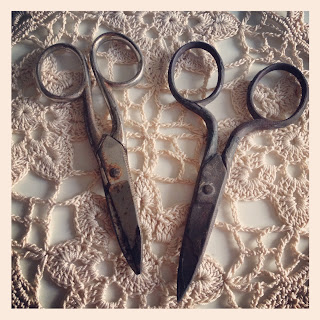 The very next day I found a lightly rusted pair of scissors (the ones on the left) an dragged out scraps of fabric to make a new Edward doll. My dolls are wonky and because I just use whatever scraps of fabric, lace and oddments I find, each doll I make is never the same. Really I just can't make anything with straight lines. So Edward Scissorhands II was created. 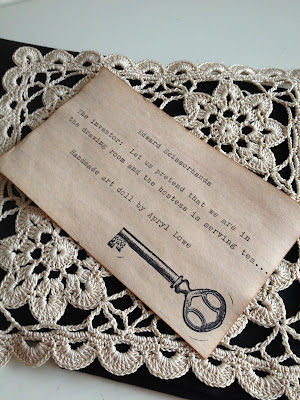 I don't know how often I will blog now but I have ideas for more dolls that need making, and a few random craft projects to start while avoiding doing the housework and finishing tidying out all my hoarded craft supplies. Which really isn't that much considering I have just used up all my scissors and nearly all of my tiny rusty buckles, right? I really should stock up on some more of those.  I'm sorry it's been such a long time since I blogged but I'm happy to have my muse back inspiring me and to have stepped out of the mild fog of depression I was in. So I'm here if you need me or if you want to request a doll making....I do have plans for  Alice (Wonderland not the zombie killer but that isn't a bad idea either) and Beetlejuice dolls and perhaps a few more. 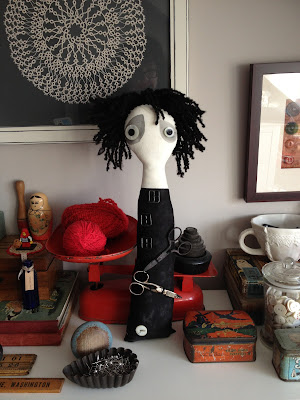 Look at those sad eyes. Makes the heart melt.