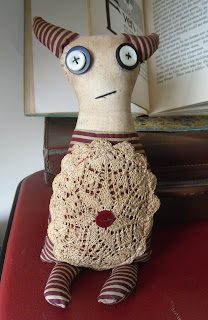 
Meet Dexter the imp. A small and lonely little creature, prone to mischief, bouts of melancholia, procrastination, and is addicted to bad sci-fi movies. Dexter will tell anyone that he used to be a well renowned actor appearing as one of the goblins in Labyrinth. I don’t believe a word of it, imps are notorious liars, and after all he is an imp and not a goblin.

When I said they used puppets in the Labyrinth he didn’t take to kindly to me and ran off in a huff. Later I found that all my bookmarks were removed from my books, the cutlery was in the wrong place in the cutlery drawer (I really hate that), and all the labels peeled off the cans. It probably wasn’t my wisest move calling him a liar to his face. 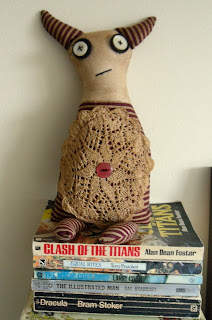 Dexter is wickedly good at procrastination and can be paid off in chocolate coins and Haribo sweets to leave you alone to get on with things... but if you let him he will show you the best websites for losing time and video games to steal your day. He has a way of generating messes that make you forget about the job you were meant to be doing. He has a knack for finding the trashiest shows on TV that somehow magically seem to be on when you walk past the room and you just sit down for a minute, three hours later you are still sitting there. But like I said he is easily bribed, and quite easily distracted by shiny things. 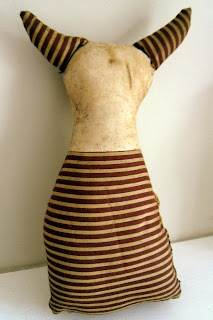 Dexter is tolerably good at revenge as well, if he doesn’t get distracted by cakes and TV, you can send him off to annoy those driven people that always get things done and never ever procrastinate. Is that a good thing? Probably not but everyone should procrastinate a bit. If you ever feel the need to sit down with a bowl of popcorn and watch a terrible movie on Syfy, then Dexter is your man...er imp, though the movie quotes can get on your nerves. 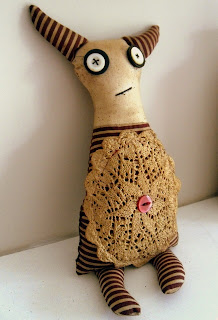 Dexter sounds like a great imp to hang out with. Every A-type should have a Dexter!

I think he's my favourite so far!

Oh I love Dexter! He and I could easily be friends as I too am easily distracted by shiny things and have a knack for procrastinating and wasting away my free time. He's adorable!

how the heck did i miss Dexter! he is fantastic - your stories are getting better and better x

I am the proud owner of Dexter now. He has had a few tantrums when he didn't get his own way but has adjusted quite quickly after eating a few sickly cakes.

I will ensure he updates with his movements from time to time.

Dex and I have written a song together which was inspired by the Crazy world of Arthur Brown. We have no working title yet. He insists on playing drums very loudly throughout. I dont mind this at all. I'm happy to hand over the reigns to a talented sticksmith. Hit them skins Dex!